The Conservative Case for Solar Subsidies

TO many skeptics, particularly on the right, the spectacular failure of the solar-panel manufacturer Solyndra in 2011, after receiving a $535 million loan guarantee from the Department of Energy, demonstrated the industry’s shaky future and the danger of government efforts to subsidize it to success.

Fast forward to today. Solar energy prices have continued to fall rapidly, twice as many Americans work in the solar industry as in coal mining, and last year one-third of new electricity generation came from solar power. 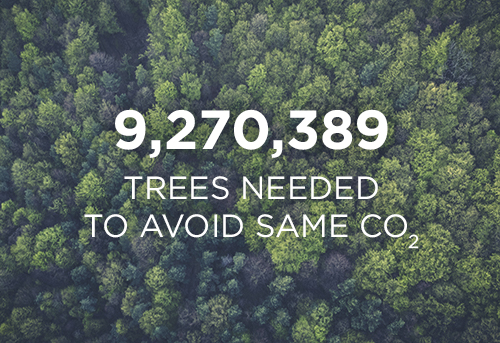 Solar, long viewed through the lens of crony capitalism, has shown the ability to inject real market competition in energy distribution, one of the last monopolies in the energy sector, while improving the efficiency of the grid and putting more dollars in the pockets of middle-class Americans. Conservatives, in other words, need to take another look at solar.

The case for solar isn’t limited to prices and jobs. Consumers want choice. Unfortunately, in most markets around the country, electricity is still one of the few areas where we have virtually no choice over our supplier. Imagine you want to buy a G.M. car, but you were told you can buy only a Toyota. You’d be outraged — yet this is how almost all Americans are forced to procure their electricity.

Solar also solves an efficiency challenge. Right now, demand peaks during the daytime, far exceeding the supply of baseload power. To meet demand, we have invested in a great deal of spare capacity. Most of this capacity comes from coal and natural gas plants that run only for a fraction of the day. According to the Energy Information Administration, outside of peak hours, most natural gas-fired power plants in America used only 5 percent of their total capacity in 2012.

Again, to borrow an automotive analogy, you wouldn’t buy a new car just for those few days you had extra errands. Instead, you’d call an Uber or rent a Zipcar. That’s the same role rooftop solar panels can play for our energy challenges — instead of building another huge plant for a few peak hours, we can build just as much solar capacity as we need.

Critics of solar have often said that it produces only “when the sun is shining,” and that is true. Fortunately, we need energy most during the daytime — making rooftop solar a smart choice for consumers while adding energy to the grid when we need it most.

And while challenges of storage and metering policies remain, both technology and regulatory models have made significant strides. States like California are considering metering policies that incentivize solar consumers to reduce their demand at peak hours and enable them to sell energy back into the grid when the grid needs it most. Technologies like Google’s Nest “smart” thermostat and Tesla’s home battery are making it easier for consumers to monitor their energy consumption and better store renewable energy when the sun isn’t shining.

Of course, conservatives will respond that their core objection remains: Solar functions only because of government subsidies. But there are a couple of issues to consider.

For one thing, not all subsidies are created equal, and the government actually has a good track record in promoting new energy technologies. New developments often face two market gaps that can potentially delay or even kill them: the “technological valley of death,” in which promising advances hit a technical brick wall, and the “commercialization valley of death,” in which an effective technology can’t get to market. Government research labs and subsidies have supported a number of forms of energy — from nuclear energy, to hydraulic fracturing, to photovoltaic solar — through these troughs.

Furthermore, the solar investment tax credit is pretty smart. It’s structured so that as solar power becomes more efficient, the effect of the credit on each watt produced becomes smaller. Ideally, we would let markets decide the winners on their own, but so long as government is intervening in markets, it should do so in an evenhanded way. Similarly, any government support for the solar industry should be impartial, rather than having government bureaucracy pick and choose favored companies as it does through its loan guarantee program. The solar investment tax credit comes close to that ideal.

And there’s nothing in free-market economic theory that precludes government support. Markets tend to underproduce what economists call positive externalities — that is, the broad social benefits, like a cleaner environment, that aren’t captured on a company’s balance sheet.

Solar panels, and the companies that make them, are replete with such benefits: They eliminate redundant power plants that otherwise lie idle, empower consumer choice and have fewer negative consequences than most other forms of energy. But markets don’t always reflect these, which is why it makes sense for subsidies to enter the picture.

The kerfuffle over the Solyndra collapse aside, many conservatives already agree, and have for years. When I was at the Council of Economic Advisers under President George W. Bush, we believed that an across-the-board energy policy was by far the best approach — and that included solar. From both a market and an environmental point of view, supporting the solar industry should make sense, no matter which side of the aisle you come from.

Ben Ho is an economics professor at Vassar and Columbia. He served as the lead energy economist for the White House Council of Economic Advisers from 2006 to 2007.