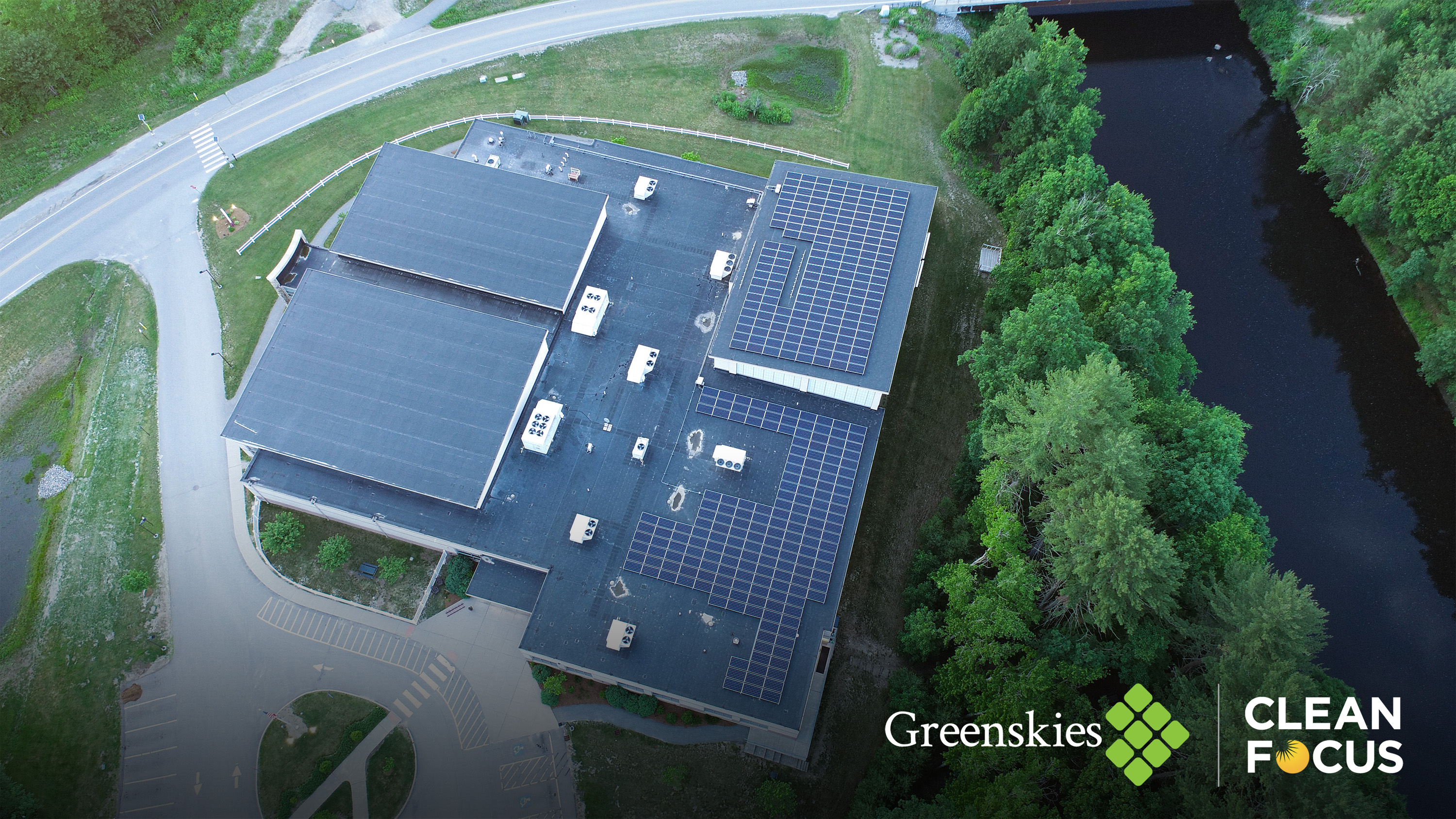 An aerial view of a recent rooftop solar project that North Haven-based Greenskies Clear Focus did at the Hale YMCA in Putnam.

Efforts by President Joe Biden to boost manufacturing and installation of solar power and other types of renewable energy are being viewed favorably by Connecticut political leaders and industry officials in the state.

Biden announced on June 5 that he was signing executive orders designed to make the procurement of solar energy components easier and more affordable. His orders also authorized the use of the Defense Production Act to speed U.S.-based manufacturing of equipment like solar panel components, energy-efficient heat pumps and fuel cells.

Katie Dykes, commissioner of the Connecticut Department of Energy and Environmental Protection, said the solar industry “is the fastest growing area of employment in our energy sector.” The solar energy industry in Connecticut employs 2,126 people, according to data from The Solar Energy Industries Association, a Washington, D.C. There are 135 solar companies in the doing business in Connecticut including 54 installers and developer and 27 manufacturers of solar components.

U.S. Sen. Chris Murphy, D-Conn, said that while he is supportive of Biden’s actions, there are no quick fixes to beefing up the solar industry.

“We made a big mistake in this country years ago, we didn't see this boom in solar energy coming, so we let the Chinese dominate the lion's share of the market,” Murphy said. “Now, we are going to start the process of investing in an American solar industry. But we have a lot of work ahead to build up the industry in America.”

Hintzke said one important element in Biden’s announcement was a 24-month suspension on duties and tariffs on solar energy components that are important into the United States.

“There has been a lot uncertainty in the marketplace because of these tariffs,” he said. “By suspending these tariffs, it basically removes a significant risk factor in our business and allows us to be more aggressive in competing for projects. Having tariffs made some of our project costs prohibitive.”

Before Biden’s executive action put the tariffs on hold, most foreign solar module manufacturers had halted shipments to the United States earlier this year, causing an industry-wide module shortage, according to Abigail Ross Hopper, president and chief executive officer of The Solar Energy Industries Association. These supply constraints are expected to ease as manufacturers ramp up shipments to the U.S. in the coming months.

Mike Trahan, executive director of the Connecticut Solar & Storage Association, said the supply constraints hit home in the state in the form od a shortage of meter sockets. The component is essentially a electric socket that connects the meter which measures the solar energy generated to a home, Trahan said.

The shortage has since eased, he said.

“It just shows that it’s not limited to just the major parts that are integral in getting the job done,” Trahan said of solar component shortages.

The other key element from Biden’s executive orders, according to Hintzke, is implementing the Defense Production Act. Created in 1950, the Act is a law that gives presidents the power to order companies to produce goods and supply services to support national defense.

The Biden administration is looking to accelerate manufacturing in five key areas:

“Some new manufacturing is going to get built because of this,” Hintzke said. “What is uncertain at this point is where that is going to happen. The state could piggyback on federal incentives with some of its own to encourage some of that manufacturing to occur here.”